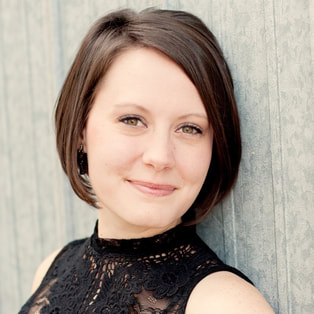 Soprano Amy Petrongelli revels in singing music of all different periods and styles, but is most at home in contemporary literature.  Most recently, Amy premiered the role of Margie in Laura Kaminsky’s opera Some Light Emerges with the Houston Grand Opera. In 2015, Amy helped to found the contemporary music ensemble Khemia, with whom she has toured South America and the Midwest to help promote the music of minority composers. Amy is an alumna of the Tanglewood Music Center, New Music on the Point, and the Fall Island Vocal Arts Seminar. 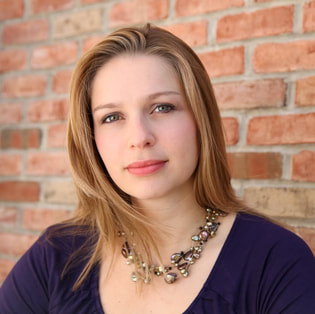 Alexandra Porter, soprano, is a dedicated performer, programmer, and supporter of contemporary music. Last season, she was a featured soloist on John Luther Adams' Canticles of the Holy Wind​ with The Crossing, now available to stream. For the past two summers, she performed with the nief norf festival for contemporary chamber music in Tennessee, singing the music of Kate Soper, Ricardo Zohn-Muldoon, George Lewis, Mary Jane Leach, and Luciano Berio. For four years, she was a vocalist with New Music on the Point, and spent two summers at the Cortona Sessions for New Music. Ms. Porter spent 2015-17 as an administrator for the Resonant Bodies Festival. She is the founder and artistic director of the Contemporary Undercurrent of Song Project: a recital series committed to the elevation of modern art song composition in Princeton NJ. A passionate educator, Ms. Porter teaches private lessons at Muhlenberg College. She is an alumna of The Pennsylvania State University and Westminster Choir College. 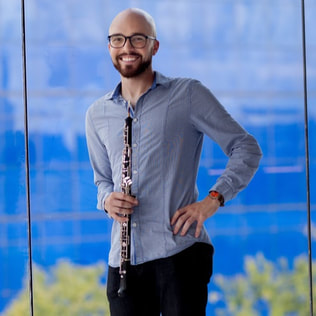 Zachary Pulse is a performer, teacher, and promoter of art music that encompasses a wide range of styles. Zach is also an avid traveler and strives to connect with audiences across the U.S. and internationally.
While living in Los Angeles, Zach served as principal oboist of the American Youth Symphony for three seasons. He has also held positions with the Young Musician's Foundation Debut Orchestra, the Young Artist's Symphony Orchestra, and the Dearborn Symphony Orchestra.
Zach was recently hired as Adjunct Professor of Oboe at Silver Lake College in Manitowoc, WI. Previously, he taught at Esperanza Azteca Orchestra Los Angeles, an orchestral program that provided children aged 7-17 across L.A.’s Eastside with free instruments, individual and group music instruction, and opportunities to perform alongside soloists like Placido Domingo.
As a chamber musician, Zach pursues multiple projects. With his woodwind quintet, Fiati 5, Zach has performed throughout Southern Italy and Sarasota, FL as ensemble-in-residence of Chamber Music Campania. While studying at the University of Southern California, Zach’s wind sextet, the Cardinal Winds, won the Grand Prize at the 2015 Plowman Chamber Music Competition in Columbia, MO. Recently he has collaborated with vocalists and commissioned several new chamber works for oboe and voices. In June, his duo for oboe and mezzo-soprano, So Much Hot Air, premiered five works at the San Francisco Center for New Music.
Zach earned his Master of Music degrees in Oboe Performance and Chamber Music Performance at the University of Michigan under Nancy Ambrose King. While at Michigan, he played principal oboe with the University Symphony Orchestra in the Grammy-nominated recording of Darius Milhaud’s operatic trilogy, L’Orestia d’Eschyle—the premiere recording of the complete work. Zach currently lives in Madison, WI where he is pursuing his doctoral studies as a Graduate School Fellow at the UW-Madison and studying with Aaron Hill.
When he isn't playing and teaching music, Zach enjoys camping, backpacking, and taking road trips.